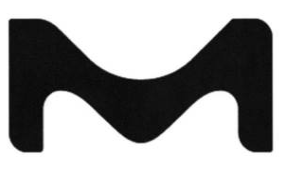 The Application was partially opposed by Monster Energy Company (Monster) in classes 29, 30 and 32 on the basis of the company's earlier registered and unregistered UK and EU rights in its renowned stylised M logo (below). 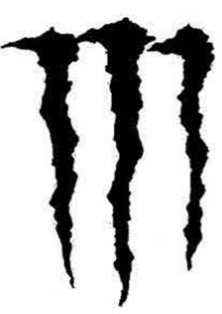 Monster alleged that the marks were visually, aurally and conceptually identical and covered identical goods in classes 29, 30 and 32. Consequently, the company argued that the Application should be refused under section 5(1) of the UK Trade Marks Act 1994 (the Act).

Unsurprisingly, the Hearing Officer swiftly dismissed this ground of opposition. The marks can neither be said to be visually identical, nor conceptually identical, due to the absence of the 'claw' stylisation and theme in the Application.

A likelihood of confusion

Monster alleged, in the alternative, that the marks were visually, aurally and conceptually similar and covered identical or similar goods in classes 29, 30 and 32. Consequently, it argued that there was a likelihood of confusion between the earlier rights and the Application and that the latter should be refused under section 5(2)(a) of the Act.

The Hearing Officer stated decisively that although Monster's earlier mark "may present as a letter "M" to some consumers, the overriding impression is of three claw marks. Such consumers may recognise that both marks are allusive of a letter "M", however, their presentation and stylisation of the respective marks are significantly different in all other visual respects and I conclude that the respective marks share only a low level of visual similarity".

Although aurally identical, the low degree of visual and conceptual similarity between the marks severely dented Monster's case. The Hearing Officer placed weight on the visual aspect of the average consumer's purchasing decision and held that, even despite the high degree of enhanced distinctiveness of Monster's mark, there was no likelihood of confusion with the Application.

A very stark conclusion was reached: "the contrast between the two is such as to not result in the respective marks even bringing the other to mind and suggests that there is no likelihood of direct or indirect confusion even when identical goods are involved."

Claims under passing off and detriment to distinctive character and reputation also failed because of the inability of the Application to pass the similarity hurdle with Monster's earlier mark. There was no misrepresentation for a passing off claim and no link found between the marks for a successful reputation claim under section 5(3) of the Act.

This article has been reproduced in its original format from Lexology – www.Lexology.com.

The materials contained on this website are for general information purposes only and are subject to the disclaimer.

ILO is a premium online legal update service for major companies and law firms worldwide. In-house corporate counsel and other users of legal services, as well as law firm partners, qualify for a free subscription.

Register now for your free newsletter

More from this firm